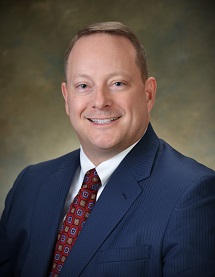 Mark graduated from Emory University with a Bachelor of Arts in Economics in 1989 and furthered his education at the University of Georgia School of Law receiving his law degree in 1992. He served twenty years as a State prosecutor, as an Assistant District Attorney and Chief Assistant District Attorney. He effectively handled more than 5000 cases as lead counsel which included receiving more than 100 verdicts in jury trials in Superior Court and a trial success rate of 98% over the last 13 years of his prosecutorial career.

In addition to practicing law, Mark is politically active and serves the community as a member of various boards. He is married, has a daughter, son in law, and two grandsons.

OTHER ADMISSIONS, HONORS AND MEMBERSHIPS

We use cookies to identify your interests and particularly popular areas of our website and use this information to improve the design of our websites and make them even more user-friendly. By using our website, you agree to the use of cookies.

We may request cookies to be set on your device. We use cookies to let us know when you visit our websites, how you interact with us, to enrich your user experience, and to customize your relationship with our website.

Click on the different category headings to find out more. You can also change some of your preferences. Note that blocking some types of cookies may impact your experience on our websites and the services we are able to offer.

These cookies are strictly necessary to provide you with services available through our website and to use some of its features.

Because these cookies are strictly necessary to deliver the website, you cannot refuse them without impacting how our site functions. You can block or delete them by changing your browser settings and force blocking all cookies on this website.

These cookies collect information that is used either in aggregate form to help us understand how our website is being used or how effective our marketing campaigns are, or to help us customize our website and application for you in order to enhance your experience.

If you do not want that we track your visist to our site you can disable tracking in your browser here:

We also use different external services like Google Webfonts, Google Maps and external Video providers. Since these providers may collect personal data like your IP address we allow you to block them here. Please be aware that this might heavily reduce the functionality and appearance of our site. Changes will take effect once you reload the page.